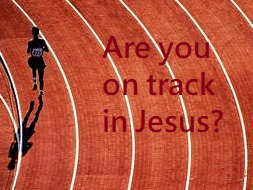 Trust in the Lord with all your heart and lean not on your own understanding; in all your ways submit to him, and he will make your paths straight. (Proverbs 3:5-6)

The path of the righteous is like the morning sun, shining ever brighter till the full light of day. (Proverbs 4:18)

The way of the sluggard is blocked with thorns, but the path of the upright is a highway. (Proverbs 15:19)

In Psalm 90, Moses described life as a night of sleep, being swept away, being cut down like the grass, and flying away, yet the book of Proverbs compares life to a road.

Thousands of stars in the sky have their orbits. According to astronomical research, Halley’s Comet moves according to its orbit and returns to visit the earth about every seventy-five years, which is about the time of human life. Thus, our life can also be regarded as a track. From birth to death, and from morning to night, everyone walks and works according to their habits; each person enters a different trajectory and achieves a different life scene.

In the Bible, the book of Proverbs reminds people to fear Jehovah and receive the wisdom of life. But at the same time, the Book also emphasizes that life has different paths. Therefore, people should choose the path with wisdom carefully.

Words that relate to “the path/the way” repeat throughout the book of Proverbs. Of these, the original אֹ֖רַח (orach) occurs 19 times, meaning way or path; and דֶּרֶךְ (derek) occurs 22 times, meaning path, action, or attitude. Thus, life is a path and trajectory, and everyone walks on a different course.  There are bright and dark,  upright and crooked. Also, there is the path of the righteous and those who are lazy. There is a Chinese saying “出得嚟行，遲早要還, ” which means “if a person commits illegal and morally depraved events in society, sooner or later will have to pay back (receive punishment).”  Such people understand that their path can lead to specific achievements. However, they also anticipate that there will be a crisis in the future, and there is a chance that the end may not be pleasant.

Chapters 1 to 9 of the book of Proverbs are the book’s introduction, in which two dialogues appear simultaneously; one from a wise woman and the other from a wicked harlot. They kept beckoning the young man who plotted as a new generation of people in the Kingdom of God.  This young man inherited the belief in the true God of Jehovah from the family of their ancestors. He listened to the father and received God’s wisdom to resist temptation, choose the right track in life, and gain vitality and blessings.

Proverbs 16:9 says, “In their hearts humans plan their course, but the LORD establishes their steps.” The prerequisite for anyone to find the path that best suits them is to fear the LORD and to trust in the true God. When people are young, they rely on the authority of their parents to make decisions, but some people still cannot get rid of the “My Mom said…” as the mantra of life when they grow up. Of course, the experiences and opinions of others can sometimes use as a reference. However, to achieve a good life, a person must rely on God, who created life, to receive wisdom from Him to get on the right track.

On the race track in track and field, different runners have different paces; some people like to reserve energy for the end, yet others want to release total energy from the beginning. So likewise, God created each person to be different, with different gifts, characters, and temperaments. In this way, the path He wants to lead each person is also different from God’s will.

In the mission work of the early churches, Paul was the locomotive of courage, while Barnabas was the ambulance with compassion, and they served differently in God’s Kingdom. But, unfortunately, human nature tends to like following the trend, comparing, imitating, and catering to others, and often forgetting the track that God led them to run.

In the book ‘Every Man God’s Man’ author Stephen Arterburn regretted his bad choices when he was young. In high school, he initially liked drama performances and hoped to join the school’s performing arts society. But because of the majority of people’s preferences and the culture of the community, he chose American football, the most famous Texan career at that time.  Although he could earn applause and cheers from others, he did not enjoy it and found no satisfaction. At the end of his career, he got only bodily scars and wounds. He stated he was looking for acceptance from others and showing off his ability. But regretfully, he went on the wrong track. His fans eventually forgot him. He wrote that God had programmed the jersey number for everyone, and we are to put on God’s jersey, enter His “team,” and play for Him.

In 2016, I resigned as the pastor, which was not an easy decision for me. I have been serving in the same church for 18 years, I was very familiar with and devoted to the personnel and service there, and I have thought about serving there until retirement. It’s not easy to get out of one’s comfort zone. But after praying, I saw that God opened another runway for me, and I also hoped in my heart that the church would have new pastoral staff and personnel to bring new visions. So, finally, I decided to resign. Looking back now, the years from 2016 to 2021 were the particular training period God prepared for me. Among them, there were opportunities to teach and further study in the seminary and, at the same time to continue serving in the church. I possessed three identities simultaneously:  teacher, student, and pastor, all in one.  I described it as a new experience of “multi-level cross-referencing.” God has given me a new understanding of it, which was beyond my expectation, and it has made me reflect deeply on how to shepherd and teach in this era.

Our sense of security, honor, and satisfaction often influences our choice of life, and comfort zones have also become a point of hesitation for a breakthrough and a chance to move forward. Recently, immigration has become a hot topic in Hong Kong. Going or staying has become a struggle for many people. How do you make a decision? After reading Proverbs, we should ask, on what basis do we make this decision? Are you looking at someone else? Is it about the environment? Don’t forget that God will still guide people on the path they should take in a significant era. The final decision should not be to go helplessly or stay helpless but to use free will to seek God’s guidance and to make choices with actions in response to the direction of the Holy Spirit to get on the right track in life.

Everyone has their track, do not just envy or imitate others, but forget your path. Instead, everyone should quickly seek the wisdom of the Lord, enter the way that pleases God, and achieve a life of higher value. Paul said: “…but will have sufficient courage so that now as always Christ will be exalted in my body, whether by life or by death.” (Philippians 1:20)

Are you on track in Jesus?

Are you leaning on Jesus?

Are you on the right track?