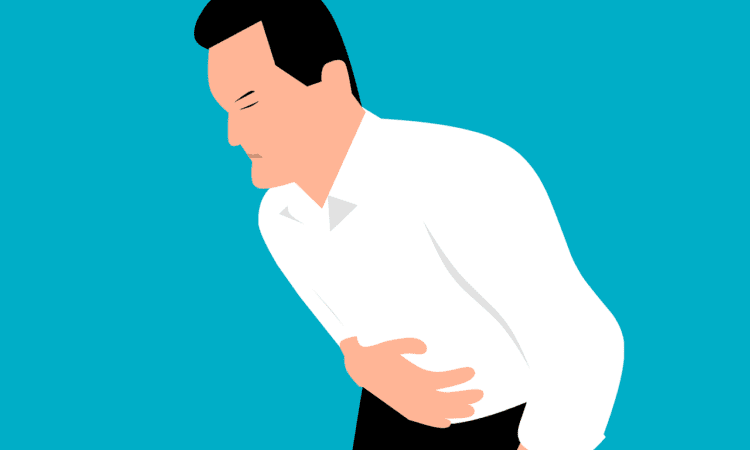 I love singing, whether it is Cantonese or English, contemporary or religious, and even Cantonese opera. So years ago, when I had a chronic cough, particularly at night, my voice became coarse, and I couldn’t sing many notes. I found out the issue was caused by stomach acid reflux causing damage to my vocal cord.
When stomach acid repeatedly flows back into the esophagus, the tube connecting your mouth and stomach, this acid reflux can irritate the lining of your esophagus and throat. When acid reflux happens repeatedly chronically, it can cause Gastroesophageal reflux disease (GERD).

When you swallow, a circular band of muscle around the bottom of your esophagus (lower esophageal sphincter/LES) relaxes to allow food and liquid to flow into your stomach. Then the sphincter closes again. If the sphincter does not relax as it should, or it weakens, stomach acid can flow back into your esophagus.
Hiatal hernia can weaken the LES and raise the chances of Gastroesophageal reflux. A Hiatal hernia happens when the upper part of your stomach moves up into the chest through a small opening in your diaphragm. Coughing, vomiting, straining, or physical exertion can raise the pressure in the belly and temporarily lead to a Hiatal hernia.

Common signs and symptoms of GERD include Heartburn, a burning sensation in your chest usually after eating and lying down; regurgitation of food or sour liquid; vomit; and abdominal pain. In addition, some may feel a lump in their throat or trouble swallowing. Those with night time acid reflux might experience an ongoing cough, inflammation of the vocal cords, and breathing problems.

Chronic inflammation in the esophagus can cause severe complications if untreated. Esophagitis is an inflammation of the tissue in the esophagus. Stomach acid can break down tissue in the esophagus, causing inflammation, bleeding, and sometimes an open sore (ulcer). Esophagitis can cause pain and make swallowing difficult. Esophageal stricture is the narrowing of the esophagus. Damage to the lower esophagus from stomach acid causes scar tissue to form. The scar tissue narrows the food pathway, leading to problems with swallowing. Barrett’s esophagus is a precancerous change to the esophagus. Damage from acid can cause changes in the tissue lining the lower esophagus, which is associated with an increased risk of esophageal cancer.
Also, obesity, Hiatal hernia, pregnancy, connective tissue disorders such as scleroderma, rheumatoid arthritis, lupus, and delayed stomach emptying (Gastroparesis) are the conditions that can increase the risk of GERD. In addition, some lifestyle factors that aggravate acid reflux include Smoking, Eating large meals, particularly late at night, certain foods (triggers) such as chocolate and fatty or fried foods, and certain beverages, such as alcohol or coffee.

Medications and dietary supplements that can irritate your esophagus and cause heartburn pain include certain antibiotics, bisphosphonates, for osteoporosis, taken orally; Iron supplements; Pain relievers, such as ibuprofen and aspirin; Potassium supplements. Some other medications that can increase the chance of acid reflux and worsen GERD include antidepressants, sedatives, Narcotics (opioids), certain blood pressure and heart medications, and cholesterol-lowering agents.

Neutralizing agents – do not need a prescription (over-the-counter) such as Maalox® or Milk of Magnesia®; it’s useful for people with occasional heartburn caused by triggering factors. Gaviscon® floats above the backwash acid and forms a protective layer on the esophagus lining.

Proton pump inhibitors (Omeprazole (Losec®), pantoprazole (Pantoloc®), esomeprazole (Nexium ®) and lansoprazole (Prevacid ®)) suppress acid secretion.
Weaker strength is available over-the-counter for short-term and occasional symptomatic management. Still, if reflux frequently occurs with persistent symptoms, it would be better to consult the doctor to obtain an accurate diagnosis with proper prescriptive treatment for an optimal duration.
Long-term stomach acid blockers are usually not recommended, and one should visit the doctor regularly to assess if GERD has resolved. If taken daily for more than two years, these medications may also block Vitamin B-12 absorption resulting in a deficiency. Vitamin B-12 deficiency has potentially severe and sometimes irreversible complications if undiagnosed and untreated. These can include dementia, disorientation, neurological damage, gait disturbance, and anemia. Besides vitamin B-12 absorption, iron, magnesium, and calcium may also decrease.
Short-term use of proton pump inhibitors may cause minor side effects but are usually tolerable, such as headache, rash, dizziness, and gastrointestinal symptoms, including nausea, abdominal pain, flatulence, constipation, and diarrhea.

In reflection of my issue of not being able to sing, I thought my singing was for God and to glorify Him, but I was taking pride in my ability and acclaim from people. The word that came to me is “Humility is the fear of the LORD; its wages are riches and honor and life.” (Proverbs 22:4)
God creates me, and my voice is a gift from God. When I see myself as weak, I rely on God totally, and that’s when I glorify God. There is another bible verse with the promise: “My grace is sufficient for you, for my power is made perfect in weakness.” Therefore, I will boast all the more gladly about my weaknesses, so that Christ’s power may rest on me. That is why, for Christ’s sake, I delight in weaknesses, in insults, in hardships, in persecutions, in difficulties. For when I am weak, then I am strong.” (2 Corinthians 12:9-10)
I would like to encourage all when you have problems, sickness, feeling down and weak that God’s grace is sufficient for you and make you strong.