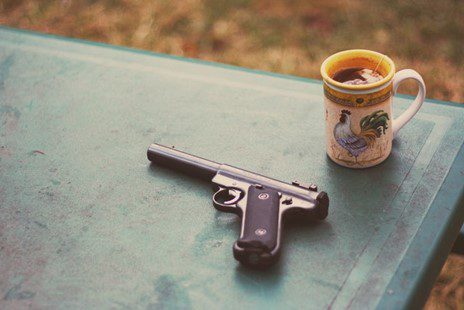 Recently mass shootings in the US have increased dramatically. The issue of gun control became a hot political topic. The US is reputed to be one of the most powerful free nations in the world, attracting countless immigrants to seek the American dream and freedoms not available elsewhere. However, the price of freedom is hefty and comes with responsibility and self-control. Otherwise, the abuse of freedom will lead to hatred, violence, and theft. Due to the sinful nature of humankind and their inherent selfishness and lust, a society’s order is maintained by legislation, judicial, and executive powers. However, under Satan’s influence, those who defy the law will use weapons to usurp other people’s peace and lives.

On May 15, 2022, after worship service in a Chinese church in southern California, as parishioners gather for a meal and photos with the pastor, a Chinese gunman suddenly opened fire on the congregation. Among them was Dr. John Cheng, who rushed to subdue the gunman and prevent further violence, was shot several times and killed. While the gunman was reloading his weapon, Pastor Billy Chang threw a chair at the gunman and subsequently apprehended the gunman to prevent further carnage. This incident shocked many Chinese churches across the globe because this did not happen due to anti-Asian sentiment, or in places where Christians were persecuted, but ironically in a predominantly Christian, democratic, and urban melting pot setting. Both the gunman and the heroic doctor were from Taiwan, but strangers to each other. How do you explain the reason behind this tragedy?

It has been said that “guns do not kill, it’s the person holding the weapon that kills”. But why would a human being use a weapon to cause harm to another person? The motive that drives these destructions are hatred, anger, jealousy, politics, greed, etc. Murders and killings have long occurred in the history of mankind, tragically. As we approach the present day with many technological advances, the rate of homicides has increased; this proves one of Jesus’ prophecies about the nearing of the end times: “Nation will rise against nation, and kingdom against kingdom. There will be earthquakes in various places, and famines. These are the beginning of birth pains.” (Mark 13:8) Jesus also pointed out the roots of destruction come from Satan: “The thief comes only to steal and kill and destroy; I have come that they may have life, and have it to the full.” (John 10:10-11). This explains how Satan plants the seed of destruction in people’s minds, and ultimately reaps fruits of malice, covetousness, and murder. Jesus’s words pointed out the depravity of mankind, yet he offers a sacrificial love on the cross. Imagine the sadness of Jesus’ mother as she witnessed her son’s punishment and death! Or the grief of the Heavenly Father, who offered his son Jesus as a sacrifice, taking upon himself the punishment of all the sins in the world.

In the shooting tragedy of the Chinese church in SoCal, one can see the contrast between the man who murdered, and another man who saved his own mother and other worshippers. Dr. Cheng embodied the sacrificial spirit of Jesus. Do you see the parallel between the weeping mother of Dr. Cheng and the cries of Mary when she saw Jesus on the cross. Even in the midst of tragedy we still see the spirit of kindness shedding light on this fallen world. If you wish to accept Jesus, say the prayer in your heart: “Lord, I thank you for revealing to us the glory of God in the midst of troubles. I am willing to accept Jesus as my Savior. Save my soul, and help me live an abundant life in eternity.”