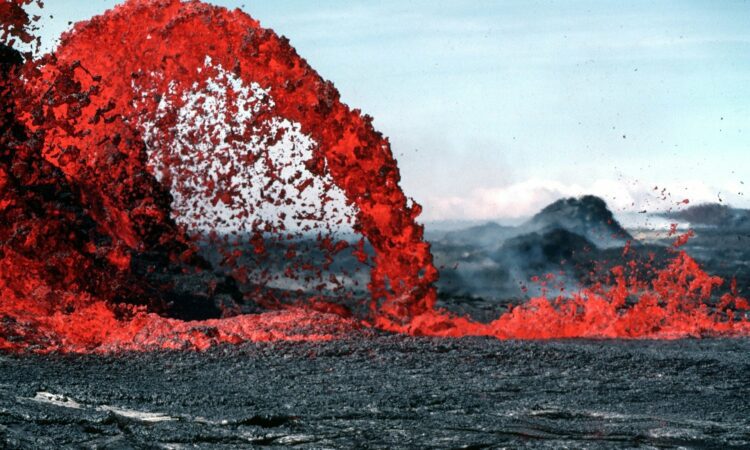 On January 14 and 15th, an underwater volcano in the South Pacific’s country Tonga named Hunga Tonga-Hunga Ha’apai erupted continuously. According to World Journal’s reporting: “Heavy smoke and ashes reached the height of 20 miles and the huge amount of lava completely engulfed the island of Tonga. In 1783, Iceland’s Mount Laki’s eruption led to a significant decline in the average temperature of that winter in Europe; in 1815, Indonesia’s Mount Tambora’s eruption caused the entire earth’s average temperature to drop 0.4 to 0.7 degrees Celsius. A volcanologist named Shane Cronin of University of Auckland claimed that the recent eruption in Tonga is probably the largest one recorded since the eruption of Mount Pinatubo in Philippines in 1991.” The menace of volcanoes throughout the history has been deadly.

As the pandemic nears its end, we are confronted with this event of such astronomical proportions. What sort of message is mother nature trying to tell us? This is definitely a sign of the end time! In Isaiah 33:12, it states “The peoples will be burned to ashes; like cut thornbushes, they will be set ablaze.” Is it possible that humans will face even deadlier disasters? Even Jesus’ disciple Peter had prophesied two thousand years ago, “…The heavens will disappear with a roar; the elements will be destroyed by fire, and the earth and everything done in it will be laid bare.…That day will bring about the destruction of the heavens by fire, and the elements will melt in the heat.” (2 Peter 3:10 to 12) Has Peter’s prophecy taken place during the course of history?

At 1 pm, on August 24th of 79 AD, Mount Vesuvius of Pompeii, Italy suddenly erupted, the rush of the volcano’s magma completely buried the prosperous and thriving city of Pompeii, causing many casualties to become permanent plaster casts. It was not until the 18th century when they were first discovered, thus began a systematic excavation by archeologists who unearthed many artifacts that revealed Pompeii to be a society of advanced culture. “Pompeii was built in the 6th century BC, a city resided at the foothills of Mount Vesuvius, an idyllic location boasted of a population exceeding 250,000; it was the second-largest city in Ancient Rome, and was considered to be one of the world’s wealthiest and attractive cities.” It was a city full of prostitution, with 25 brothels and 100 pubs, causing a moral decline in the city that is shrouded in sin. “The people in Pompeii lived in such unrestrained amid undisciplined environment,  that Christian scholars later would note that there were seven sins found in Pompeii: violence, abuse, greed, gluttony, indifference, lust, and pride,  which led to the wrath and judgment of God.”

Even though Pompeii experienced a wipeout like the end time, but Peter’s prophecy was not referring to that eruption, because what was described did not happen: “… the heavens will be set on fire and dissolved, and the heavenly bodies will melt…”. What Peter described resembled what happened in New Mexico of the US on July 16, 1945, when the first atomic bomb in the world was launched successfully.  When it detonates, in a millionth of a second, an astronomical amount of energy is released causing the temperature to rise to ten million degrees, with an atmospheric pressure of ten billion pascals, any matter would become gaseous and transform into a gigantic fireball that emits radiation and total destruction! Even though this human invention had ended WWII, Peter’s prophecy perhaps will be fulfilled in a future atomic bomb’s detonation.  Perhaps by then, the technology would be so advanced that its power can eradicate the entire earth! So while we are still at a relatively peaceful time, don’t delay in accepting Jesus and receive salvation of your soul. When you have hope for the future, you will not fear what disasters will lie ahead! If you wish to believe in Jesus, please do this prayer:

“Dear Heavenly Father, I desire to trust Your begotten Son Jesus Christ as my savior. Please forgive all of my sins and grant me eternal life so I can be saved before the disasters of the end time comes. I pray this in Jesus’s name. Amen.”