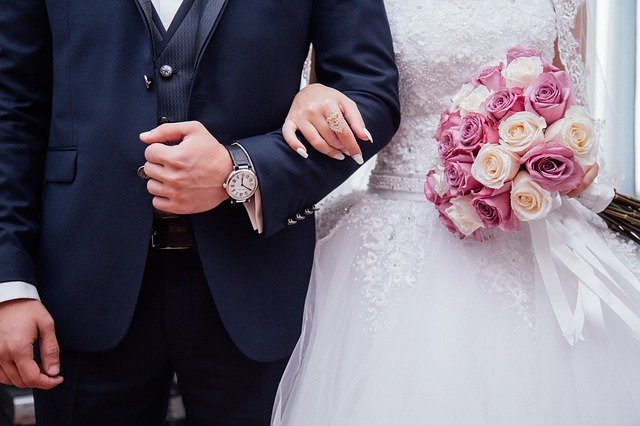 In 2010, 39% of Americans thought traditional marriage (union between one man and one woman) was “outdated”. Since the U.S. Supreme Court legalized same-sex marriage nationwide in 2013, American views on marriage have declined rapidly. According to Gallup Poll:

Divorce rate rises due to COVID-19

After the outbreak of the pandemic, the divorce rates in the United States and China have risen sharply.

The reason of why divorce rates are increasing will startle you: the pandemic has caused couples to spend more time together, exposing each other’s shortcomings and detonating conflicts. Oftentimes quarrels about finance and various issues end in divorce.

The Value of Marriage

Although there could be many hardships in marriage, here are the reasons why we should value  traditional marriages:

In the beginning, God created all things, which include the heavens, the earth, and the first ancestor, Adam. God saw that it was not good for Adam to be alone, so he used Adam’s rib to create a woman, Eve, to help him. When Adam saw Eve, he was very satisfied, and even claimed that the woman was his “bone of bones and flesh of flesh”, which shows that the husband and wife are closely related and are an inseparable whole. Marriage is ordained by God. Therefore, it is sacred and must not be defiled.

God also commanded Adam and Eve to “be fruitful and multiply and fill the whole earth.” It can be seen that marriage is also a union of a man and a woman, and this union can produce children. Marriage is definitely not a same-sex union, it is something that God despises. The Bible speaks of God’s judgment of homosexuality numerous times.

The stability of society depends on whether marriage and family systems are legitimate and stable.

Marriage is a gift from God, because there is no happiness in life that can compare to having a successful marriage and a happy family. The family is a place of rest and support, and we draw strength from our family. There is no success in the world that can make up for the failure of marriage and family.

A failed marriage and a broken family can not only make both husband and wife suffer, but also bring harm to the children. A failed marriage can cause severe trauma to the children’s lives, resulting in depression, academic failure, self-abuse, indulgence, promiscuity, and even their future marriages and offspring will be negatively affected.

Now, you may ask: what should I do to have a happy marriage?

Fear not and pray without ceasing. Because God loves us so dearly that he even sent his only begotten Son, Jesus Christ, to die for us on the cross, he is a very loving and meticulous Father. The Bible reminds us: “Trust in the Lord with all your heart and lean not on your own understanding; in all your ways submit to him, and he will make your paths straight.” (Proverbs 3:5). When we rely on God, the loving Heavenly Father will surely guide and lead.

Lastly, and most importantly, if both husband and wife are Christians, their marriage and family are aimed at glorifying the Lord. The truth, goodness, and beauty of Christ are revealed everywhere in their lives. By the grace of God, they will keep their hearts from the temptation of divorce; they will forgive because God has forgiven their sins. They will ask God for strength to love their spouse and those around them with God’s great love; they do not overcome evil with evil, but with good; they not only love each other, but also teach their children to trust in Jesus Christ and to love others.