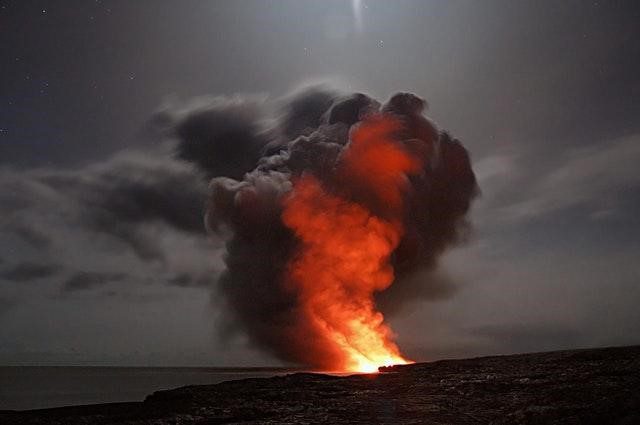 As the world witnessed the outbreak of Russia-Ukraine conflict, tragedies occurred daily. The Polish vice prime minister Jaroslaw Kaczynski said during an interview with the German press that Poland is armed and prepared with American nuclear weapons. (www.worldjournal.com/wj/story/121468/6213036) Japan seemed to have forgotten the nuclear bombs obliterated Hiroshima and Nagasaki seventy-seven years ago. It has been established in the free world that nuclear weapons should not be in possession, production, or to be transported. However, Japan’s Liberal Democratic Party member Takaichi Sanae suggests that this unprecedented exception can be made to transport nuclear energy between nations. She seems to suggest that Japan should get nuclear arms from the U.S.  Why are these two nations suddenly discussing this? On February 27, Vladimir Putin of Russia flexed its military muscle in response to NATO’s stance in the west. Hans Kristensen, director of the Nuclear Information Project, states that as Russia ramps up its military prowess, Ukraine will, in response, step up in its military preparations. As the stakes rise on both sides, will a nuclear conflict be inescapable?

According to the UN’s Nuclear Nonproliferation Treaty that was established on July 1, 1968, ratified on March 5, 1970,  it states that “Considering the devastation that would be visited upon all mankind by a nuclear war and the consequent need to make every effort to avert the danger of such a war and to take measures to safeguard the security of peoples, believing that the proliferation of nuclear weapons would seriously enhance the danger of nuclear war…recalling the determination expressed by the Parties to the 1963 Treaty banning nuclear weapons tests in the atmosphere, in outer space, and underwater in its Preamble to seek to achieve the discontinuance of all test explosions of nuclear weapons for all

U.N. Secretary-General Antonio Guterres stated in the tenth meeting of the Nuclear Nonproliferation treaty in January 2022, “Through a combination of luck and judgment, nuclear weapons have not been used since they incinerated Hiroshima and Nagasaki in 1945. But with more than 13,000 nuclear weapons held in arsenals around the world, how long can our luck hold? The COVID-19 pandemic has brought a new awareness of the catastrophic impact of a low-probability event…Relationships between some countries that possess nuclear weapons are defined today by distrust and competition. Dialogues are largely absent. Transparency is waning and nuclear weapons are assuming greater importance as national security strategies find new contexts for their use.  Meanwhile, technological advances and the emergence of new arenas of competition in cyberspace and outer space have exposed vulnerabilities and increased the risk of nuclear escalation. We lack international frameworks and tools that can deal with these developments. And today’s multipolar global order means that regional crises with nuclear overtones threaten to draw in other nuclear-armed countries.  The nuclear landscape is a tinderbox. One accident or miscalculation could set it alight.” www.un.org/sg/zh/node/26139) Back on Feb 11, 1955, a philosopher named Bertrand Russell corresponded with Albert Einstein to discuss and draft a document titled “Scientists petition an end to wars,” which later became the Russell-Einstein Manifesto. Published on July 9th of the same year in London, it was signed by 11 world-renowned scientists. Among them, 10 were Nobel prize winners. Even the voices of scientists and intellectuals cannot turn the world away from hatred and conflict because the power of darkness is beckoning and seeking to destroy God’s creation.

The Bible had already predicted the ultimate outcome of the human race two thousand years ago.  “They are demonic spirits that perform signs, and they go out to the kings of the whole world, to gather them for the battle on the great day of God Almighty.”  (Revelation 16:14) At the end of human history, “His disciples remembered that it is written: “Zeal for your house will consume me.” (John 2:17)

“But the day of the Lord will come like a thief. The heavens will disappear with a roar; the elements will be destroyed by fire, and the earth and everything done in it will be laid bare. Since everything will be destroyed in this way, what kind of people ought you to be? You ought to live holy and godly lives as you look forward to the day of God and speed its coming. That day will bring about the destruction of the heavens by fire, and the elements will melt in the heat. But in keeping with his promise, we are looking forward to a new heaven and a new earth, where righteousness dwells.” (2 Peter 3:10-13)

No matter how this world ends, we will stand before God for His judgment; only Jesus, the prince of peace, can save our souls and give us eternal life. Are you willing to believe in God’s salvation during these tumultuous times?