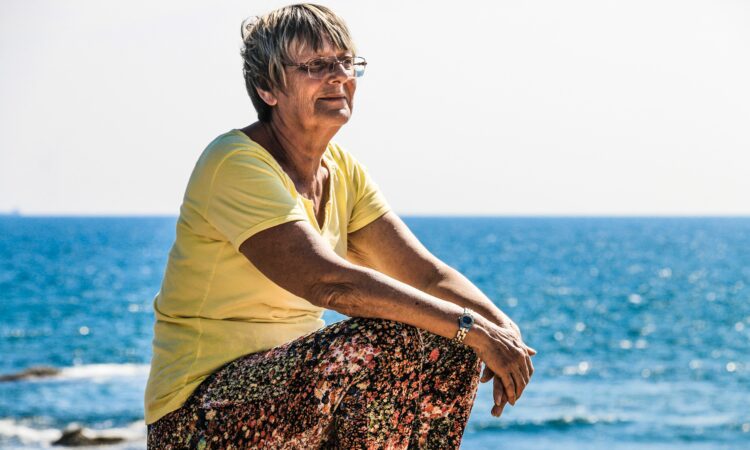 She was only nine when her father was sent to the mental asylum with hundreds of ex-mates. Despite their narrow escape from gassing in the Nazi concentration camps, these ex-mates, unfortunately, sustained brain injuries. It was one of the most horrific nightmares of human history when Hitler invaded her beloved country Belgium and most of the European continents.

Thousands to millions had died a tragic death by brutal killings or poisonous gassing.

Young Georgette did not understand why her father was arrested and gassed.  Neither did she know what brain damage was.  She was told her father could not recognize them and she was too young to be allowed to visit him.

As she progressed into adolescence, she was coerced to work as a teen nurse in the hospital to care for injured German soldiers who occupied her country.

She would secretly pass military information to underground guerrillas fighting to restore her country at night. She bonded with an equally brave young man to liberate Belgium. He became her fiancé and was subsequently executed. The enemies had discovered his identity.

The grace of Jesus Christ came upon Georgette, who preferred to be called  “Jo” because her father had hoped for a son. Jesus’s forgiveness and mercy had gradually replaced the anger and bitterness that consumed her soul, heart, and mind.  She quit smoking and swearing.  God has given her a new vision and purpose for her life.

At the end of the Second World War, which had wiped out all her extended family in Europe, Jo witnessed to her mother the Resurrection and Saving Grace of her personal Savior, Jesus Christ.  Praising the Lord, her mother surrendered to Lord Jesus peacefully before returning to our heavenly home. So Jo Stevens left for Canada alone at age 21.

For 6 years, she devoted herself to learning accounting and the Bible at the Tyndale Bible College, now known as the Tyndale  Seminary.

To Jo, following Christ meant no turning back. She boldly embarked on missionaries’ journey to Africa in the early 1950s. She had joined SIM. (Soudan Interior Mission, now known as the Overseas Missionary Fellowship). For over half a century, she roamed over Africa to audit western donations for churches, hospitals, orphanages, and schools.

“Each number has a value,” she once told me solemnly.

I used to sit right behind her at church services.  No one would have thought of the trials, tribulations, and great sufferings she had endured.  Yet, she was forever cheerful and grinning from side to side. I was blessed to have developed a close relationship with her as we joined the tiny prayer group right before worship every Sunday. Joining us were other retired missionaries and a former Jewish Rabbi and his wife.  They were like clouds of witnesses around me. I have been so blessed praying with them. All I could say was that their prayers were concise and powerful, close to Father GOD’s heart.

Since the death of her fiancé, Jo has never married.  In retirement, she returned to Canada and moved into the Pentecostal retirement home in Scarborough. I loved to visit her in her self-contained one-bedroom apartment. It was immaculate and tidy.  A tiny kitchenette and a small balcony overlooking the entrance of the large complex were evidence of her devoured and contented living. On her walls were an African map, pictures, and hanging knitted works reflecting her love for the African people.

Altogether there were four different buildings in this complex catering to the needs of seniors.  In addition, Jo continued to serve the LORD by auditing the organization’s financial statements.

She loved to read, and a TV guide on her cafe table showed her discipline in TV entertainment.

“Time is very precious,” she told me how she did her supermarket shopping with discipline.  She had familiarized herself with the supermarket’s layout, so she never wasted time wandering from isles to isles.

Suppose you have thought that missionaries are poor and lack. Jo could show you otherwise.  Her excellent financial management enabled her to help sponsor two young men to complete college. She was secretly on the lookout for youth in need to invest in their education for Christ.

It brings to my mind:

I have been crucified with Christ and I no longer live, but Christ lives in me. The life I now live in the body, I live by faith in the Son of God, who loved me and gave himself for me.

Significantly few people were present at her funeral, as she lived up to nearly 90, surpassing many. But I am sure she has been substantially welcome into our heavenly home.

I have fought the good fight, I have finished the race, I have kept the faith.  Now there is in store for me the crown of righteousness, which the LORD, the righteous Judge, will award to me on that day — and not only to me, but also to all who have longed for His appearing.