In recent years, China has been cracking down on counterfeit and substandard medicines to a great extent. During the worst of the pandemic, the government seized frenzied manufacturers of fake vaccines, and among such incidents was the “Jilin XX Vicious Vaccine Case”. The fusions between fake and real vaccines are harmful, and one can’t help but think of the sensational 2008 milk scandal that poisoned and caused kidney stones in 300,000 babies, with the conclusion in many deaths. Other unethical food practices have been exposed in the media as well, which include cooking oil extracted from the waste, poisoned rice, and foods that contain excessive heavy metals or industrial materials. These counterfeit medications and foods may look real out in the market, but on the inside, they contain ingredients that are damaging to people’s health. Unethical food practices could not only be found in China but in Taiwan and India as well.

Deceptive foods and medications have numerous detrimental effects that could lead to health problems, and in serious cases, deaths. As a result, citizens are on high alert at all times, hoping that they won’t become victims and choose real products over fake ones.

However, there’s something even more terrifying than counterfeit foods and medications. That is false religion, false faith, and false God. Not only do they cause spiritual harm and lead us in the wrong direction in life, they also keep people from being reconciled with God and being forgiven for their sins. In the end, their souls will fall into the dark, bottomless pit when they die. The damage is unthinkable and indescribable!

At this point, you might say: there are so many religions in the world; which one is the true God of this universe? Dear reader, let us think logically and the answer will be clear:

Since the true God is the creator of all things in this universe, why would God ever be a wooden or clay sculpture made by men, or living in man-made temples that need to be repaired and renovated frequently? Therefore, man-made idols or historical figures from the past are not gods. Even Muhammad, the leader of Islam who once claimed to be greater than Jesus, couldn’t escape death. His bones are still buried in the tomb. The Buddhist Shakyamuni did not dare to call himself God, but claimed to be “enlightened”. Only Jesus Christ in Christianity claims himself to be God, because he truly is God, and the whole Holy Bible points to Jesus Christ.

In order to let people understand the origin of the universe and all things, the Bible makes an authoritative declaration in the beginning: “In the beginning God created the heavens and the earth.” The Bible states that there is no other God besides the Father, the Son, and the Holy Spirit and that this God is eternal (Genesis 21:33, Exodus 3:14). God Himself declares many times: “I am the Lord, before me no god was formed, nor will there be one after me. I, even I, am the LORD, and apart from me there is no savior (Isaiah 43:10-11).

Just by looking at the vastness of the universe, the regular movements of the hundreds of millions of planets, and the intricate and beautiful designs of all things on earth, we would know that the Lord is the glorious God Almighty.  His creations are impeccable and extremely beautiful, and the natural ecosystems are closely related to each other and extremely well-ordered.  His wisdom is immeasurable; just look at the inexhaustible usefulness of the earth – it consists of the air, water, and all kinds of things that all humans, all animals and plants must have to survive. With boundless and abundant agricultural products and resources around us, we know that God is indeed all-knowing, good, full of mercy and love.

It is a pity that the first ancestor sinned and rebelled against God and sin had entered the world. As the Bible says, this leads to: “all have sinned and fall short of the glory of God”, and “the wages of sin is death”, thus “just as people are destined to die once, and after that to face judgment”. God is completely righteous and will never abolish justices because He is loving and kind. Therefore, the end of men is eternal punishment – how terrifying this is! Thankfully God has mercy and loves us so dearly that he is willing to give His life to pay for our sins and debts and save us, because the Bible declares: “For God so loved the world that he gave his one and only Son, that whoever believes in him shall not perish but have eternal life.” (John 3:16)

Believing in Jesus Christ is the only way to salvation for all men, because the Bible says: “for God so loved the world that he gave his one and only Son, that whoever believes in him shall not perish but have eternal life.” (Acts 4:12)

Jesus Christ loves you and he is willing to come to this world as a man to die for you and me.

When the Lord Jesus bore all the sins of the world and was crucified on the cross, God the Father hid his face from the Son. Even his disciples abandoned him and scattered in all directions. Yet in his torment and suffering, the Son of God still exclaimed to God the Father: “Father, forgive them, for they do not know what they are doing.”

Jesus’ sacrificial love is indeed higher than the sky and deeper than the ocean. Can you and I not be moved by such complete sacrifice and love?

Not only did Jesus Christ die for us, he also resurrected for us and thus has overcome death, shattering Satan’s power of death. His resurrection is a great sign that he is God, so that we can be justified by faith (Romans 4:25).

Before His crucifixion, Jesus Christ stated many times that he “must go to Jerusalem and suffer many things at the hands of the elders, the chief priests and the teachers of the law, and that he must be killed and on the third day be raised to life.” (Mathew 16:21) When Jesus died on the cross, the elders and Pharisees brought soldiers to seal the tomb with a large stone and guard it properly.

After Jesus resurrected, they gave the Roman soldiers a lot of money, asking them to lie that Jesus’ disciples stole the body of Jesus while the soldiers were sleeping (see Matthew 28). That’s completely ungrounded because the disciples hid themselves in fear of the Romans. How did they dare to steal the body? Besides, there were many guards at the tomb – who could roll away such a big boulder without waking the guards? 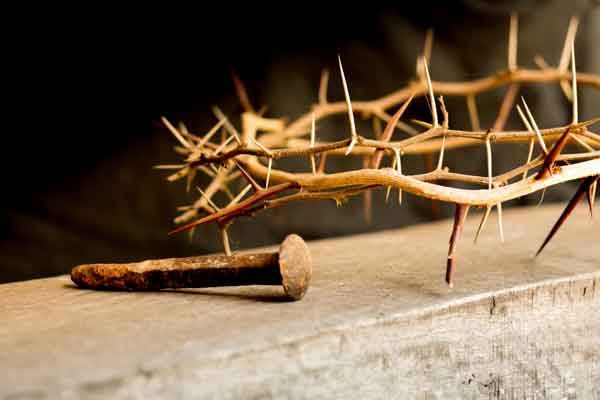 The Bible records the details of the resurrection of Jesus Christ in vivid details and the evidence is conclusive:

The Bible records that when the women brought spices to anoint Jesus, they found the large stone rolled away and an angel telling them about resurrection. Simon Peter and the other disciple ran to the tomb and “saw the strips of linen lying there, as well as the cloth that had been wrapped around Jesus’ head. The cloth was still lying in its place, separate from the linen. Finally the other disciple, who had reached the tomb first, also went inside. He saw and believed.” (John 20:6-8)

This pointed out that no one had untied the linen and stole Jesus’ body because the linen was still rolled up. Jesus has indeed risen from the dead. His resurrected spirit has surpassed the limits of space and could pass through the tightly wrapped linen. The resurrection of Jesus Christ three days after his death is recorded in great detail in the four Gospels. The empty tomb is a clear proof of the Lord’s resurrection.

After his resurrection, Jesus has appeared to his disciples many times throughout forty days. Among them was Thomas who doubted and did not believe. The Lord Jesus asked Thomas to put his finger into his nailed hand and his side that was pierced. Thomas immediately exclaimed in shock: “My Lord and my God!”

The apostle Paul also detailed this: “…that Christ died for our sins according to the Scriptures, that he was buried, that he was raised on the third day according to the Scriptures, and that he appeared to Cephas, and then to the Twelve. After that, he appeared to more than five hundred of the brothers and sisters at the same time, most of whom are still living, though some have fallen asleep. Then he appeared to James, then to all the apostles, and last of all he appeared to me also…” (1 Corinthians 15:3-8). What is more convincing than a living witness? In the following two thousand years, countless unbelievers have tried everything and failed to refute the fact of the resurrection of the Lord Jesus. The resurrection of Jesus Christ is an undeniable fact.

C．The transformed lives of His disciples

Because of the Lord’s resurrection, the disciples have turned from cowards into warriors. Unceasingly they spread the good news of resurrection and the salvation of the world, even at the expense of their lives. The gospel has brought repentance and transformation. By the power of the Holy Spirit they cut off Satan’s bondage and turned from darkness to light. Indeed, Jesus Christ has risen from the dead. His resurrection has great meaning and is the foundation of the Christian faith. As Apostle Paul has said: “And if Christ has not been raised, our preaching is useless and so is your faith.  More than that, we are then found to be false witnesses about God…if Christ has not been raised, your faith is futile; you are still in your sins. Then those also who have fallen asleep in Christ are lost. If only for this life we have hope in Christ, we are of all people most to be pitied.” (1 Corinthians 15:14-19) Jesus also said: “I am the resurrection and the life. The one who believes in me will live, and whoever lives by believing in me will never die.” (John 11:25)

D．Jesus gave us the Holy Spirit, and He will return in glory

Not only did Jesus Christ resurrect and appear to his disciples for forty days, under the watchful eyes of the disciples, he was taken up into heaven (see Acts 1:3, 9). The loving God is willing to be with us forever, and thus he gave the Holy Spirit (John 14:16-18) to help those who have repented and believed. The Holy Spirit dwells in our hearts forever, helping us at all times and giving us power to testify to God. It is also the seal of our salvation.

Jesus Christ will also do what he proclaimed, that he will return in glory (see Acts 1:8-11, John 14:3), defeating all of Satan’s power in the world, casting Satan into the lake of fire, judging the dead and the living, and building a new heaven and a new earth. What a glorious day! It is also the hope of all those who have been redeemed by God! God the Father, the Son Jesus, and the Holy Spirit is the true God! Jesus Christ is the only way for us to be saved. Are you willing to repent and accept His salvation?