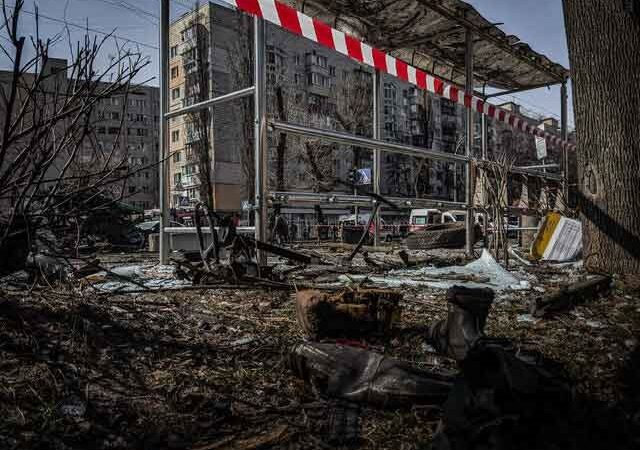 While the world is slowly recovering from the threat of the Omicron variant, on February 24, 2022, Russia suddenly invaded Ukraine!

A military attack initiated by President Putin, the largest military operation in Europe since WWII, is intended to “demilitarize” and “denazify” Ukraine. To demilitarize is to prevent NATO’s eastward expansion, and to denazify is to seek revenge on Germany’s invasion of Russia 77 years ago, while Russia now claims that Ukraine still has Nazi sympathizers. Most western nations agree that Putin is overreaching with this military operation, but he insisted on preparing troops for this invasion, despite Ukrainians’ unfazed resistance. He even threatened with possible use of a nuclear weapon to prevent other nations’ interventions! Meanwhile, Ukrainians pleaded for help and military support from other countries, causing many to wonder if this will be the beginning of WWIII?

It is hard to verify the accuracy and authenticity of overflowing news on the internet and social media. We are unable to know what is actually true or manipulated. But the Bible’s prophecies are true. In Luke 21:25-26 Jesus predicted the Day of Judgment: “There will be signs in the sun, moon and stars. On the earth, nations will be in anguish and perplexity at the roaring and tossing of the sea. 26 People will faint from terror, apprehensive of what is coming on the world, for the heavenly bodies will be shaken.” With the recent extreme climate changes and all the different military unrest, it is no surprise that this is a precursor to an unprecedented event! Pay attention to the Bible’s mention of the number 77, from Genesis 4:24 which recorded the seventh generation of Adam’s descendent “If Cain is avenged seven times, then Lamech seventy-seven times…” Enoch, another descendant of Adam prophesied in Jude 1:14-15 “Enoch, the seventh from Adam, prophesied about them: “See, the Lord is coming with thousands upon thousands of his holy ones to judge everyone, and to convict all of them of all the ungodly acts they have committed in their ungodliness, and of all the defiant words ungodly sinners have spoken against him.” Methuselah, Enoch’s son, is the longest living person in the Bible. He lived for 969 years and its name is a prophecy too “for upon his death the flood will come”. And indeed a flood happened when he died.

WWII erupted 21 (3×7) years after the first world war, and now 77 years after WWII, the Russia-Ukraine conflict is upon us! If this conflict ignites into a broader conflict or war, it will lead to devastation, famine, and displacement, this furthers the speed of the entire human race being wiped out. Unfortunately, we rarely tend to learn from lessons of the past, thus causing many tragedies to repeat. The omniscient Jesus stated in Romans 13:12-13 to tell those who are wise that “The night is nearly over; the day is almost here. So let us put aside the deeds of darkness and put on the armor of light. Let us behave decently, as in the daytime, not in carousing and drunkenness, not in sexual immorality and debauchery, not in dissension and jealousy.” Who has made the most sacrifice in this war? The Ukrainian refugees and the wounded or dead soldiers from both nations. They are all crying out to us! The Bible says in Isaiah 55:6-7 “Seek the Lord while he may be found; call on him while he is near. Let the wicked forsake their ways and the unrighteous their thoughts.”

Let them turn to the Lord, and he will have mercy on them, and to our God, for he will freely pardon.” I hope that you will come to know the true God in the imminent coming of Judgement Day. Otherwise it will be too late when that day comes and you have not repented! We hope and pray that this war will cease and the nations will come together to resolve this conflict and bring about peace upon this world!