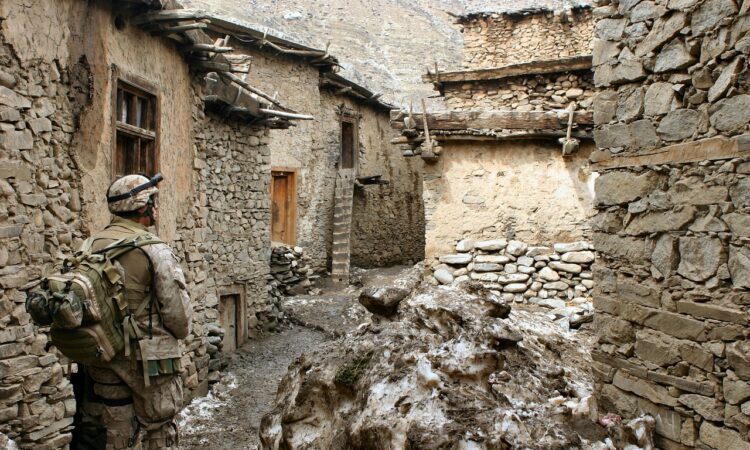 In August 2021, the United States completely withdrew from Afghanistan, ending the 20-year-old war. President Biden claimed that the withdrawal from Afghanistan would not look the same as the withdrawal from Vietnam; no one would be dragged off the roof of the US embassy; no Americans nor Americans’ friends would be left behind. The President also cited that the US has trained and equipped nearly 300,000 troops in Afghanistan, which is more than enough to deal with the Taliban; and this is a glorious withdrawal.

However, what happened after the US military left was that the Afghan government had no intention to defend the country and surrendered without fighting. The president of Afghanistan fled the country with a huge amount of money. Taliban seized control of Afghanistan shortly after. The Taliban took over the American weapons and equipment, hurting and killing people in the country. The US, UK, Germany, Italy, and other countries were forced to evacuate their diplomatic staff immediately.

While the US was evacuating at Kabul airport, the Taliban blocked the passage to the airport. Tens of thousands of Afghans have made desperate attempts to escape. The horrible scene in Afghanistan stunned the world. As people were trying to flee, some were trampled to death in the chaos, some were run over by the huge airplane, some fell to their deaths while clinging to moving US aircraft.  Then suicide bombers and gunmen attacked crowds flocking to Kabul’s airport causing death of more than 100 people, including 13 American soldiers and wounded countless. (Note)

In the past 20 years, the United States and the United Nations have tried to help Afghanistan in countering terrorism and reconstruction. The US has spent a large amount of money each year supplying military weapons and training the Afghan government army. After the US killed Bin Laden, who was the mastermind of the 911 attack in 2013, the US and NATO wanted to withdraw from Afghanistan. Due to the corruption of the Afghan government and the continued attacks from the Taliban, the withdrawal of troops has been delayed.

Both former President Obama and Trump have previously announced the withdrawal from Afghanistan. When Trump was in office, he had been reducing the US troops. Trump had planned for a complete withdrawal to happen by May 1st, 2021. Trump stated that the US should not be involved in such a never-ending war.

According to a report in April 2021, during the 20-year war, thousands of lives have been lost, including 2,448 US soldiers, 3,846 US contractors, 66,000 Afghan soldiers, 1,144 NATO members, 47,245 civilians, 51,191 terrorists, 444 United Nations rescuers, and 72 news reporters. It is estimated that the US has spent approximately $2 trillion in the war. The US has also promised to spend more than $2 trillion for about 4 million Afghan veterans in assistance of their medical care, disability expenses, burial, and other related expenses. (Note)

The best choice appears for the U.S. to withdraw from the war and let Afghanistan be independent and self-governing.

How to withdraw gloriously

According to Trump’s plan, American civilians and American friends in Afghanistan would retreat first, followed by the valuable advanced weapons, then the US military. Before leaving, the US would destroy the military bases and all weapons that could not be removed.

Unfortunately, Biden’s execution of the withdrawal went the opposite direction. The US army retreated too early and they abandoned the military airport too soon. This disabled the US to secure the retreat of the American fellows and their friends. The American weapons and equipment were left in Afghanistan and ended up in the hands of the Taliban. The most disturbing was that the US handed the Taliban a list of names of the American friends, with the intention of helping them to flee to the airport smoothly. But this made it easy for the Taliban to chase after these people quickly. (Note)

The Taliban has ruled Afghanistan between 1996 to 2001, making it the base for terrorism. They shocked the world as they brutally treated their dissenters. They killed people in public execution, crucifixion, massacre, and genocide. They slaughtered Christians and believers of other religions. They trafficked women and children. Their cruelty to women is the hallmark as they deprived the human rights of women. Women are not allowed to work nor receive education, not allowed to leave home without a male companion, and not allowed to get out of their house without covering from head-to-toe. The Taliban also murdered innocent men and gave their wives to the soldiers for pleasure and sold other women as sex slaves. Even during the 20 years when the Taliban has stepped down, these kinds of crimes continued.

The U.S. Involvement & the Afghanistan War

What can we rely on?

Afghanistan has relied on the protection from the powerful force of the United States and NATO for 20 years. It has moved towards democracy and independence. However, once the backing retreated, the building of 20-years swiftly disappeared.

What can we rely on? It is definitely not money, status, prestige, or health. Because all these are not eternal and ever-changing. Only God is eternal. And HE is the only one we can rely on. The Bible says: “You will roll them up like a robe; like a garment they will be changed. But you remain the same, and your years will never end.” (Hebrews 1:12) “But from everlasting to everlasting, the Lord’s love is with those who fear him, and his righteousness with their children’s children” (Psalm 103:17)

God who created all things on earth will never change. HIS love will always stay. God loves us so much that HE even sent HIS only beloved son, Jesus, into the world to bear our sins being crucified on the cross. Jesus saved us as HE was resurrected three days after death. Whoever believes in Him does not perish, but have eternal life.

As we trust God, we are forgiven from our sins and are given eternal life. We have the Holy Spirit in our hearts as our help at all times. Even in troubles, God stays with us. We can rely on HIM. HE is the solid rock that backed us all the time. I hope you will accept Jesus Christ as your Savior and rely on HIS grace and never-changing love. Amen!