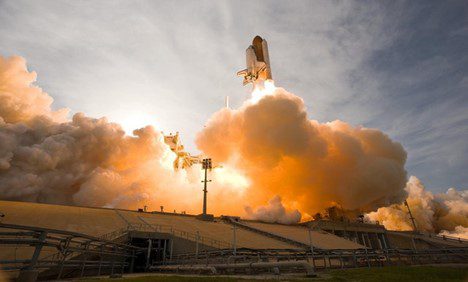 While the world is gripping with the shrouding shadows cast by the Delta variant of the coronavirus, three wealthy individuals from around the world willingly risked their lives and fought to be the first person to become a ‘space traveler’ and open up the world of space travel.  On July 11, 2021 at 9 am, Richard Branson, an English business magnate, rode his own business empire’s spacecraft and reached a peak altitude of 53.3 miles.  It reached the atmosphere and experienced four minutes of weightlessness; after one hour of flight the spacecraft — Unity 22 — safely landed in New Mexico. Branson founded the Virgin Galactic with the goal to charter 400 space flights beginning in the year 2022. More than 600 tickets had already been sold, at a hefty price tag of 200,000 dollars or more.

In order to gain a footing in this market of wealthy space travelers, Amazon’s founder Jeff Bezos, along with three other passengers, flew to space in his own company Blue Origin’s first spacecraft named New Shepard; they took off in the outskirts of Western Texas in the town of Van Horn, and reached a peak altitude of 62 miles before returning to earth. This 11-minute space flight cost a total of 5.5 billion dollars.  Blue Origin’s biggest competitor is Tesla’s founder Elon Musk’s company Space X.  In the past fourteen years, Space X has been awarded 52 contracts worth 2.8 billion dollars with the US Department of Defense and NASA in various space projects and endeavors.  Musk himself has planned to fly to space in the near future as well. According to the latest report from the United Nations, currently, 811 million people are living in poverty; if the wealthy and affluent segment of our society donate 60 billion dollars, it can alleviate 41 million people from destitution. Let’s also consider this: the multiple heatwaves we have experienced recently were inescapable.  How is it that the mega-rich and wealthy individuals are willing to lavish billions of dollars for merely four minutes of weightlessness experience in space? (World Journal, 7/31/21)  Why do they squander billions of dollars for a few minutes of thrill and excitement? 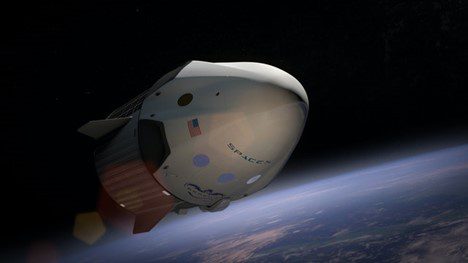 This is because they value their individualistic life experience over the accumulation of wealth and riches.  What they are pursuing cannot be replaced by any material wealth; if this one and only occurrence of their ascension into space results in a fatality, they will still choose to gain this unique experience at the expense of their personal lives.  You might wonder, “do these mega-rich and wealthy individuals desire for these thrill-seeking experiences to quench an emptiness in their hearts? In reality, mankind has this insatiable desire to continuously explore the unknown, just as infants would be curious about their surroundings and continue to discover new things in their environment.  As they age their exploration and desire for new experiences will increase, and humankind’s scientific and technological advances all result from this innate quest, from oceanic navigation to landing on the moon, humans have rigorously searched and discover what is in space and beyond.

However, we as insignificant human beings to this day have yet to travel beyond the moon, and have not overcome or broken through death’s hold! Will we be able to travel to the other planets of the solar system, and truly engage in galactic space travel? Is it possible for humans to migrate to another planet? Will we be able to solve the problem of impending death? The answers to these questions far exceed the mere few minutes of weightlessness that the mega-rich are eager to pursue. They hope and expect to ascend into the skies, to fly far and beyond, to push through the space barrier and enter into space travel, perhaps even break through the limitations of time and remain in outer space, going to and fro from one galaxy to the next! Is this an impossible dream to be realized? Even if this does happen in the future, will it only be reserved for the few extremely wealthy individuals, politicians, or scientists?

Jesus had already solved this problem two thousand years ago, the problem of how humans are limited by time and space.  Jesus was nailed on the cross and on the third day after his death, he declared “…I was dead, and now look, I am alive forever and ever, and I hold the keys to death and Hades.” (Revelations 1:18) Jesus also gathered his disciples on the Mount of Olives to witness his ascension to heaven, and it does not require any rocket ship or spacecraft, because He is not limited to space and time, and can traverse through different galaxies! Jesus also gave this gift freely to those who believe in Him. You just need to believe in Him to be your Savior, and confess that He is the Eternal God, you will then receive eternal life and be with God forever.  You will not be limited to the mere four minutes that Musk or Bezos experienced, but eternally dwelling with God in heaven!  “For the Lord himself will come down from heaven, with a loud command, with the voice of the archangel with the trumpet call of God, and the dead in Christ will rise first.  After that, we who are still alive and are left will be caught up together with them in the clouds to meet the Lord in the air. And so we will be with the Lord forever.” (1 Thessalonians 4:16-17)

Dear friends, to ascend to heaven is not a privilege reserved for the wealthy or the rich! They needed to spend $200,000 to experience a mere four minutes of being in outer space, but you can now say a prayer to God in faith, and you can ascend to heaven and death shall have no hold over you.  Would you like to have this ticket? Recite this prayer with me, “ Dear Heavenly Father, I believe and accept your only Son Jesus to be my Savior, please forgive all the sins in my past, grant me eternal life, may I be like Jesus and inhabit a body that is not bound by time and space, but not only will I ascend to heaven when I die, but I will live eternally with You in heaven.  I pray this earnestly in the name of our Lord Jesus Christ, Amen!”