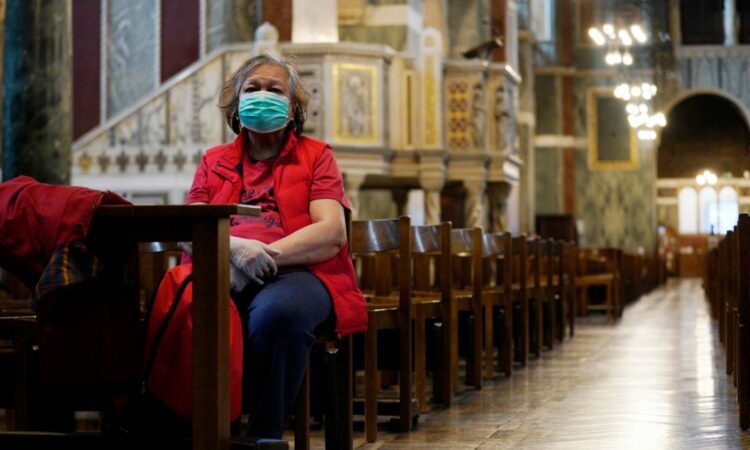 There is no doubt that 2020 has been a year of crises. The COVID19 pandemic has caused great havoc in human suffering, world economics, political governance, and human relationship. All these further aggravate the already volatile political landscape worldwide, in North America, Europe and Asia. Much has happened and will continue to happen in the world, in Canada and even more so in some other countries like the United States.

Paul exhorted the Church to “shine like stars in the universe.”(Phil 2:15). Amidst all these crises, great is the challenge to the church to be the salt and light, the prophet, and the healer of the society, and dire is its failure to do so, as we observe in particular how the presidency of Donald Trump and the recent United State’s election have impacted the church in the United States.

This article reflects on this particular challenge to the church as we embark on 2021.

The United States and the American Church

For the last four years, much has happened in the United States around President Trump. The American church has been put under the spot light because of the role of white evangelicals in his presidency. Lately the violent riots in the US capital on January 6 and the various responses from American religious leaders in the aftermath show how dangerously fractured is the (white) American church today.

At one end of extremism are the Trump-worshippers, Christians that perceive in him a saviour of near equal status as Christ, totally buying in all kinds of conspiracy theories and even falling into open alignment with some groups of violence.

Next in degree of extremism are the Christian nationalists who have merged their Christian identity with their national identity, and look to Trump for a protection of this identity. Then there are the moderate supporters, who acknowledge the flaws of Trump in morality and personal behaviour, yet offer their support nevertheless. Their support of Trump is more for his public policies that to them, protect the Christian heritage in the United States.

On the other side of the divide are Christians who express their opposition to Trump because of his morality and behaviour. They place a higher priority on the purity and integrity of the church than protecting the church’s cultural influence and political power.

Then there is a third dimension of dissension, usually from the younger generation, who argue that white supremacy and racism runs deep in white American Christianity all through its history. It is time for deep soul searching for everyone in the American church, to acknowledge the church’s deep historical aberration.

Behind the struggles of the United States in general and the American church in particular is the rise of populism, a movement we see also in parts of the world. A common denominator in its rise is the issue of immigration and demographic change that leads to a cultural and economic threat to a group of people, people who feel that their existing culture and heritage is being threatened or taken away. Political analysts like Fareed Zakaria pointed out, when a society faces crises, public policy tends to move left (more government intervention), and culture to right (more self-protection under threat).

American Christian nationalism is a subtle form of this movement, where some Christians perceive their Christian heritage is under threat. They see in Trump an “instrument of God” that will protect this heritage from a decaying American society.

What then is Christian heritage? Here are two reflection points.

How can Christian identity be distinguished properly and objectively from cultural and economic heritage? What is the proper understanding of Biblical teaching like 1Peter 2:9 and John 17:15-16, so as to develop a Biblical Christian identity that encompasses Christians of all cultures, rather than protecting a culture.

Then subjectively, how can I tell my so-called protection of Christian identity is not a disguise of protection of self-interests in cultural and economic advantages, that I have been using a Christian excuse for something selfish and morally wrong? When the church let “godliness” becomes a means to financial gain (1Tim 6:5), it will fall into grave darkness.

From what has happened in Europe and the United States, we see a close linkage of populism, demographic change, racial hatred, and nationalism, and how all these degenerate into violence and extremism. The church should be deeply concerned with this trend, gain some wisdom from the struggles of the church in the United States, and be careful itself, less the church becomes accomplice to darkness.

Some Christians argue their support of a flawed political leader because of the political expedience so gained for some Christian cause. However, the behaviour of a leader like the president of the United States cannot be disregarded lightly, because it has tremendous influence in setting the cultural trend of a country. The support of some Christians for Trump’s policy may have granted some debateable benefits, they may come at the grave expense of the country going down a very dark path due to the leader’s personal influence and facilitation, for example the empowering of extremist militia groups.

The danger of a wrong turn of Christian identity to Christian nationalism and getting the church into association with violence and extremism is very possible. The German church and rise of Nazism in the 1930’s is a lesson in history still much to be learned.

Canada values diversity. As our demography in Canada changes, the society is subject to the danger of racial hatred and populism too. It is a spiritual battle that the church must be on constant and intense alert, so as to fulfill its role externally as light and salt of the society, and to keep its integrity internally that church won’t become accomplice to injustice and hatred.

Furthermore, the argument for the support of a public policy because it is believed to be more Biblical demands careful scrutiny. There are times when the answer is clear in principle like racial inequality, but not that straight forward in implementation like affirmative action. Here are some questions that don’t have easy answers.

Christians are asked to be the light and salt of this world, through our life and the power of the Holy Spirit. But how much (at all) the Bible has entitled us to impose it onto the society through legislation? Remember the Crusade and Inquisition.

So when if ever, is it legitimate to “drag” God into one’s own “Christian cause” in the debate of public policy? What’s the Biblical guideline in this? Proper and relevant teaching in the church becomes very important.

Be mindful of the disenfranchised

Another reason for populism in North America, Europe and other places, is the rise of new social classes and elitism. Modern technology has put the knowledge workers, thus the educated and the “elite”, much ahead economically. Political analysts suggest that Trump still gained the vote of 70 millions of Americans in the 2020 Election despite his many flaws because the Democrats failed to capture the heart of the less educated, the less economically well-off class. They argue how the meritocratic and elitism culture of the Democrats has deprived them of the empathy with the less fortunate, sending en mass the working class to Trump’s camp. Democrats are asked to show more compassion, kinder words and less hubris with the poor, who may not even have the opportunity to try and compete.

There is much room of reflection for the church in this, in particular for the Chinese immigrant church in Canada. This first generation of Christians and their children have much to give thanks for the economic blessings and education opportunities they have. Unknowingly, the church may shut itself off from different social classes and retreat into gated communities in the company of our own kinds.

The challenge to the church to fulfill its role as salt and light is getting complex and hard as the world evolves. This paper reflects just on some of the problems in the political landscape that become very acute in 2020. Other problems abound.

Then it is not just discerning the right Biblical response to the problems, the challenge is equally great if not greater to equip the saints. Today’s culture of debate in sound-bites and tweets, and liking for answers that are easy to grasp and feel good to listen, are not for complex and hard problems.

Furthermore, discernment requires sound judgment, much more difficult today when social media have made both information and misinformation equally amplified. We are not necessarily more knowledgeable and of sounder judgment. Instead we are groomed to become more opinionated, emotional and handicapped to healthy debate on complex and hard problems.

It will be an intense long-haul spiritual battle that requires much God’s grace.

劉振鎰牧師 Rev. Terence Lau, retired minister and member of the Advisory Council of Hudson Taylor Centre. He was formerly the senior pastor of Zion Alliance Church and is now a Minister-at-large of the
Christian & Missionary Alliance in Canada.

The Editor’s response: The relevancy of this article has not diminished in the last two years given the continued rise in populism in Canada and the world, the US 2022 Mid-term election, and the US 2024 presidential election.