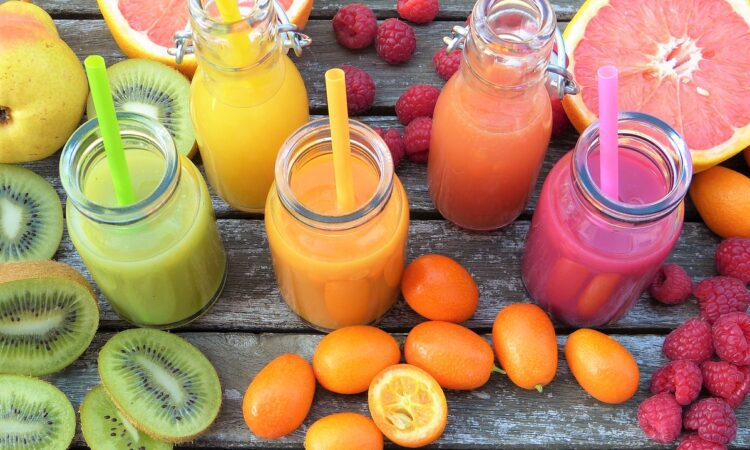 Since the article about drug-food interactions, I have a common question: “Can I eat grapefruit or Shatin pomelo when I take cholesterol pills?” Let me explain in more detail and list some of the most common medications here. Grapefruit is a nutritious fruit containing vitamin C and potassium but contains compounds called furanocoumarins.  Seville oranges (often used to make orange marmalade), pomelos, and tangelos (a cross of tangerines and grapefruit) might have the same effect as grapefruit juice. However, the number of furanocoumarins is considerably less in one whole fruit than in freshly squeezed juice (200mL).

Interactions occur whether grapefruit is consumed as a whole fruit or in its juice form in different drinks. Furanocoumarins decrease the cytochrome P450 3A4 (CYP3A4) enzymes responsible for breaking down many drugs and toxins.  These enzymes are present in the liver and small intestines, but the amount varies from person to person. Furanocoumarins block CYP3A4 in the gut, allowing more drugs to enter the blood and increasing the risk and severity of side effects. Enzymes activity level also varies among different medications, and threats of side effects will depend on the amount of grapefruit juice consumed.

Grapefruit juice lasts for more than 24 hours in the body, so it does not matter the timing of medication administration when advised to avoid grapefruit juice altogether.

Statins are medications that lower cholesterol. Not all statins are affected equally by grapefruit juice so grapefruit fans might switch to a less affected statin. Rhabdomyolysis, the breakdown of muscle tissue, may occur with this drug interaction. Damaged muscle tissue releases its proteins and electrolytes into the blood, which causes damage to the heart and kidneys. The most common three statins are listed below. Avoid grapefruit juice if you are taking Simvastatin (Zocor®). Studies have shown a daily glass of grapefruit juice increases blood levels of simvastatin and lovastatin (Mevacor®) by about 260% if taken at the same time (about 90% if taken 12 hours apart). Atorvastatin (Lipitor®) interaction occurs if consumed a large amount (more than 1.2 liters daily), but occasional fresh fruit or glass is considered safe. It may still affect individuals who have minimal CYP3A4 in their bodies. Pravastatin (Pravachol®) and Rosuvastatin (Crestor®) are broken down by another enzyme and do not interact with grapefruit juice.

Calcium channel blockers are medications that relax arterial muscles to treat high blood pressure and coronary heart disease. Toxicity can cause a slow heart rate and low blood pressure. Amlodipine (Norvasc®), Felodipine (Plendil®), and Nifedipine (Adalat®) are relatively safe despite an increase in blood levels. However, whether grapefruit is taken or not, regular heart rate and blood pressure monitoring are recommended with these medicines.

Antiplatelets and anticoagulants help to prevent blood clots in people at high risk of getting clots and reduce the risk of strokes and heart attacks. Excess blood thinning can cause bleeding, the most common gastrointestinal bleed, when the blood level of these medications increases. These include warfarin (Coumadin®), apixaban (Eliquis®) and rivaroxaban (Xarelto®), clopidogrel (Plavix®), Ticagrelor (Brilinta®). Avoidance of grapefruit juice is recommended. Choose ½ of fruit rather than juice if craving for an occasional moment.

Immunosuppressants are medications that decrease the body’s natural defense system, used in inflammatory diseases or transplant patients. Grapefruit interaction may cause severe heart and kidney damage. In addition, some anti-cancer medicines may interact with grapefruit juice and cause serious side effects. Therefore, avoidance of grapefruit is recommended with these medicines.

Grapefruit juice blockade with the enzymes and transporter reminds me of how our sin is the roadblock to God, and we cannot see God’s grace and guidance because of pride.  In Isaiah 59: 2, “But your iniquities have separated you from your God; your sins have hidden his face from you so that he will not hear.”  In James 4:6, “But he gives us more grace. That is why Scripture (Proverbs 3:34) says: “God opposes the proud but shows favor to the humble.” Drug interaction blockades can cause harm or decrease the effectiveness of medicines, and sin can block our deepening relationship with God.

It could also cause side effects. For example, cholesterol-lowering medications and some anti-hypertensive medications commonly interact with grapefruit (including Shatin pomelo). Grapefruit increases the intestinal absorption of these medications, leading to higher levels in a person’s body, thereby increasing the intensity or risk of significant side effects. Increased absorption occurs even when not eating grapefruit simultaneously with the medicine. When patients understand the reasons, they will follow the recommendation and avoid eating food that could raise the possibility of side effects.