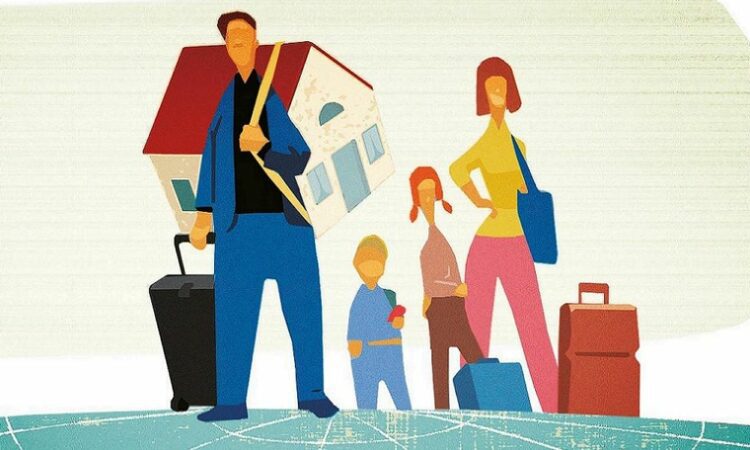 In the first four releases, we explored the outlook on life and work, culture and history, education, and family. This installment explores ideas and thinking patterns that lead to these ideas. Many immigrants from Mainland China come to Canada. After learning and encountering conflicts, they will change their thoughts and ways of thinking. However, stereotypes and habits of thinking still play a role.

The culture experienced by immigrants from Mainland China is thousands of years of authoritarian culture, Confucianism, Buddhism, and Taoism with Chinese characteristics. A scholar’s conclusion described Mainlanders’ thinking mode in graphics, mainly showing the thinking of point, line, bipolar, plane, and three-dimensional thinking. These ways of thinking modes appear in different people, or a person has one or several forms of thought. “Point thinking” refers to a lack of common sense, dead knowledge in mind but no reflection ability, and entirely repeating others. With “linear thinking,” cognition stays at a fixed level, and there have been no new changes or development.

Some false, rigid, chaotic, wrong cultures or concepts about loyalty, filial piety, and longevity, which reasonable people and selfless people are, all govern their judgments. Adages such as ‘human beings live for wealth and birds for food; ‘hunter will attack the bird in the forefront; ‘the elite student, having completed his studies, should enter into government service; ‘existence all depends on whether you believe it or not. These thoughts are seeded deeply and have become the standard for judgment. “Bipolar thinking” is also known as oppositional thinking or black-and-white thinking. People with this kind of thinking seem to have independent opinions and firm stances, but they often believe things are either black or white without considering something in the middle. “Planar thinking” is also called objective thinking, and its main feature is the ability to correctly recognize and understand the broader area between black and white. Real life itself is a complex whole. People’s thinking and understanding are constantly changing and developing.

“Three-dimensional thinking,” also known as comprehensive thinking, is to have a more comprehensive understanding of nature, society, and human psychology and to study the internal laws behind the appearance of things in depth. From a point to a line to the three-dimension, the more dimensions of thinking, the more comprehensive the thinker’s view of the world. We cannot conclude that there are no objective and three-dimensional thinking among immigrants from Mainland China, but many of them think the way we point out above. So, if we want to change them from atheism to theism, from pantheism to monotheism, from the belief system of ‘good people and bad people to the Biblical ‘righteous and sinner’ is very hard. In addition, there are several thinking modes of the immigrants from Mainland China, namely the thinking of interests, the thinking of bad people, the thinking of hatred as love, and the thinking of reverence for sages. People who think primarily about interests have no set concepts, theories, and thoughts and change around their interests. The inferential thinking of bad people refers to the natural “thinking of people in bad aspects.” Chinese people, especially after the Cultural Revolution, seem to believe no longer that people have genuinely good intentions. They don’t trust people, let alone God. Because of the thinking of hatred as love, there is too little “love” in Chinese people’s feelings. They only limit “love” to relatives and friends and lack fraternity and general love for ordinary people. Hatred for others and other countries was to express love for one’s people and one’s own country. They were blindly trusting sages to put trust in leadership and authority, with the false hope of the arrival of a hero savior, without realizing the concept of equality for all people. Because there is no concept of God’s creation of man and the thought of the Bible in traditional culture, men are self-centered. They doubt the goodness of human nature and lack God’s great love, so they blindly worship the so-called great men, capable and famous people. The result is often great disappointment, not knowing that great men are human beings and sinners. Because of these thoughts and thinking patterns, immigrants from Mainland China have lost many opportunities to know God and trust Christ.

When preaching the gospel to immigrants in the country, we need to know that each person is very different in age, upbringing, life, education, and family background. Through contact and communication, we can more accurately understand and summarize each gospel friend’s unique thoughts and ways of thinking to find an entry point and an excellent way to preach the salvation of Jesus.