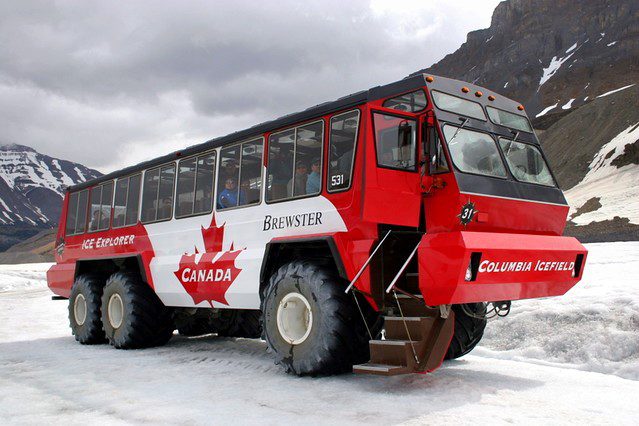 I remember the trip to Columbia Icefield in the Canadian Rockies in Alberta my friends and I had in 2014, I compared the sight before me with what was there 20 years back at the same scenic overlook, in the same season. I realized that the coach had to drive for a longer distance to reach the glacier where ice was not melted. I believe it is a crisis that people generally notice about global warming.

Scientists have cautioned many years ago that with an average of 2 ºC rise of the global temperature, there will be lots of severe climate events resulting. Unfortunately, the average surface temperature had already risen for about 0.8 ºC at that time, and plenty of frequent and extreme weather events occurred.  It is an undisputed fact that the sea water temperature has already risen to a point leading to countless deaths of the ocean creatures and chains of ecological crises, it has endangered the nature and the survival of mankind as well. As a result, the scientists currently warn and point out that global warming needed to be constrained to 1.5ºC before 2030.

Therefore, as humans we have to redefine our role in the nature. You may think that man is the wisest among all creatures, and agree that God has entrusted man with the job of ruling over the earth (Genesis 1:26). However, we are not supposed to “manage” the earth in the ways to satisfy all kinds of human desires. We have to know that man bears the image of the Creator, and to follow God’s way of loving this created world. I once heard the Aboriginal Canadians shared that they respect the nature because of their fear of the Creator. Whenever there is land development, it brings about certain extent of impact on the ecosystem. In order to avoid damage to the natural ecological environment, they would begin with a prayer out of their fear of the Creator.

Besides, countries worldwide are now taking steps to promote lowered carbon emissions, like environmental policy action, construction development, building energy-saving housings and generating electricity using renewable resources. Action like changing the trend of global funding is even taken to combat the climate crisis. However, if the greedy human nature of excessive consumption is not dealt with, will it be only to affect a temporary solution?

Environmental conservation has to begin with targeting the root issue of man. In order to save the earth from the ecological crisis, it is important to first redeem people from their sinful nature, removing selfishness, greediness and indifference, and taking the responsibilities for our ways of destroying the ecosystem.  We have to give up on the bad habit of over consumption, and not to deplete the natural resources so as to further bring about the reconciliation between man and the Creator, and between man and the land.

And through Him to reconcile to Himself all things, whether things on earth or things in heaven, by making peace through His blood, shed on the cross. (Colossians 1:20)