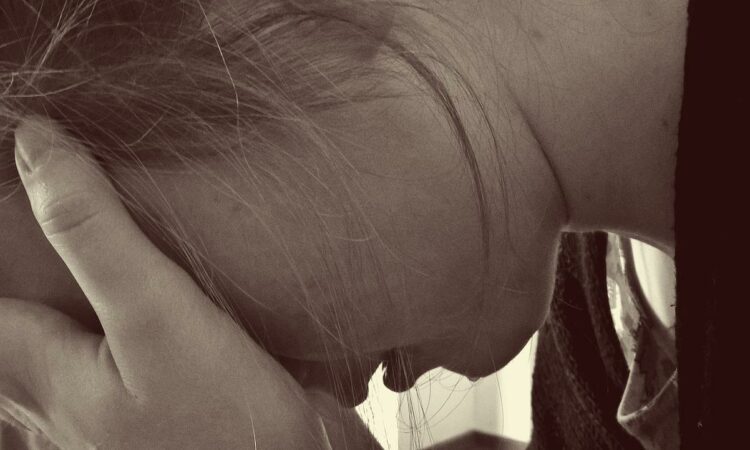 No matter how you define “young people,” we either had been young before or are a young people today. Sociologists and adolescent experts generally accept defining Generations by Age Range.  Beresford Research combined the definition of Gen Z by Pew Research Centre and the U.S. Census Bureau’s definition of Baby Boomers. And they distinguish respective eras as follows[1]：

Therefore, the “young people” we talk about today mostly refers to the group of the youthful Millennials and Gen Zs, aged between 20-40.  Here, we will focus on those with Chinese backgrounds within the group.

These young people are different from the Baby boomers born before and after the War.  To whom had to bear the burden of rebuilding and the difficult lives after the war. They are facing unprecedented troubles that previous generations seldom faced.  We will focus on some of the troublesome issues this month and discuss ways to deal with them later.

Troubles/Hardship of Employment, Housing, and Living

Compared to the previous generation, who generally had fewer opportunities to receive formal education and lacked conditions of good living resources, young people nowadays have achieved higher education by recruiting better learning resources. In well-developed cities, it’s common to have a bachelor’s degree, while having a master’s or doctoral degree is also not rare. In the previous generation, many job offers were already there, waiting for a response from someone who graduated with a major university degree or professional diploma. And such a phenomenon almost does not exist now.  For young people to get a good job, only to hold a degree is not enough. And it also depends on whether their major is among the most popular pursued ones in the job market.

Unfortunately,  job markets are changing dramatically and rapidly. A short-term product industry job is unavoidable; boom and bust cycles often occur.  And so, people all swarm for specific professional training when completed and entering the workplace may only find it a ‘Sunset’ industry. The Products’ short-broken Lifecycle and the high-speed transformation are beyond the imagination of young people entering the workplace or starting a business. For example, the BlackBerry smartphone, a bestseller of the ’90s. RIM, the founding company of BlackBerry, ignored Apple when Apple and similar smartphones emerged in 2007 and lost its leading position in its share and profit in the market in just a few years. In January 2022, the Blackberry phones era ended when the company announced that its software would no longer reliably function due to the lack of technical support and updates.

Regarding challenges in the job market, the young people are usually the group affected.  Despite the increase in the average personal income, the surging cost of living (like housing prices and rents) in high-taxed countries like the USA and Canada, the personal disposable income is not enough to meet the ends.  In Canada, a college graduate in the 70s takes 5 years on average to save up for a down payment for a home. But now, with the income level and average home cost, a college graduate would have to do so for 19 years. The difficulties for young people in buying a home reflect that it is much harder for them to reach their goal of starting a family and improving their quality of life than the previous generation. Upon hearing the last generations boast about how they built their families and businesses from scratch, the young people may only feel that they don’t have empathy to understand their hardships.

With technological advances and the pandemic’s impact, young people are gradually replacing in-person interactions with online encounters.  Homebodies, young males or females, were getting common before the covid pandemic, and the issue has become more prominent now.

Various researches and studies of individual observation all indicate that in-person interactions are essential. A study by the University of Notre Dame, Indiana, found that along with cuddling, a positive childhood with lots of affection and quality time also led to healthier adults with better coping skills.[2]

Apparently, this is just as important for a person reaching adolescence.

Many topics share with other people openly online, resulting in social media platforms becoming very popular.  Gradually, people tend to think that if they manage their social media accounts well,  they can effectively create their identities and build trusting friendships. Some even take the “likes” and “dislikes” received as indicators of self-worthiness. There was a piece of stirring news ten years ago about the suicide of Amanda Todd, a 10th grade girl.  According to the report, even after changing schools and getting psychotherapy and medical treatment, Amanda hanged herself at home and died on October 10, 2012, due to the ongoing cyberbullying, severe depression, and the lack of peer acceptance.

Someone had analyzed the case, and police were being targeted and criticized for not doing an in-depth investigation despite the mother’s report and request for an investigation.  The writer believes that if Amanda had friends, besides the online communities, who cared, accepted her, and shared her burdens in person, she would not have to come to the point of taking her life even when the abuser had not been caught.

As a Chinese in North America, whether you are from Mainland China, Hong Kong, Taiwan, or other southeast Asian countries, our young people face a more complicated identity issue. When returning to their parents’ homeland, they may find it difficult to identify with its culture and values. These young people were born and raised here or came to North America when little, speak authentic English and are extremely influenced by the mainstream cultures. However, coupled with Asian skin color and the mainstream’s ethical and cultural racial prejudice against Asians ( stereotype ), it is difficult for them to enter the leadership role. It is a structural problem in society, and it is reluctant for the privileged groups to share their superior positions. I have heard young people honestly say that to change the existing situation, it is important first not to be timid and to retreat from the selfish attitude of concern about one’s interests as the previous immigrant generations did. The mainstream mass media is biased and muted about this issue, and the Asian media has pitty strength. These young people want to change yet feel helpless. It is only through policy-making and changing the government policy in favorable for multiethnic development and be implemented, like helping young people purchase a home, suppressing inflation and promoting fair competition, etc.

In conclusion, young people face many serious challenges: employment, housing, living, serious loneliness and distancing, self-image and social roles, etc.  Yet, these viewpoints are incomplete as they modestly focus on the material and living. A spiritual perspective is lacking. We believe that when we ascertain the existing issues and look at them from other wider perspectives, we will be able to find solutions to resolve them.  Let’s talk about it next.

[2] Excerpted from Joyce Meyer’s quote and translation from the conclusion of an article by Professor Darcia Narvaez in Applied Developmental Science, 2017 (grinews.com/news/Hugs affect the life of babies)