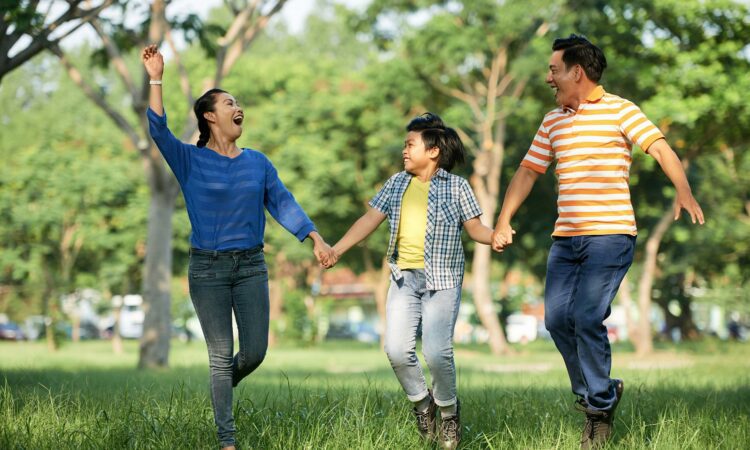 As Christians, God calls us to go and make disciples of all nations, to go where God sends us, and to be a part of the Body of Christ.  Before we can get to that, though, we must get on the same page as God.  After all, how can we be used by God and be part of God’s plans if we don’t believe in them?

The other day I was watching a show called Fresh Off the Boat.  It’s a show about this American Chinese family living in Orlando, with immigrant parents and sons born in the US, trying to adjust to life in a predominantly Caucasian neighborhood in the 90s.  As a son of immigrant parents, I immediately connected with the show’s themes.  The eldest son, Eddie, always believed he knew what was best for himself and didn’t think his parents understood him or knew what was good for him.  In one episode, Eddie’s mom was pushing him to take piccolo, but instead, all he wanted to do was impress this girl he liked, ultimately ending in heartbreak.  Thinking no one understood his feelings, he became depressed and unmotivated to do anything.  His mom then explained that she understood how he felt and that good things can come from seemingly bad endings.

In many ways, Eddie’s relationship with his mom resembles our relationship with God.  It’s easy to think God doesn’t understand how we feel or what we’re going through.  Even though we are taught growing up that Jesus was both God and man, it’s hard to imagine Jesus having the same problems we do. As a result, we like to question God’s decisions, challenge His plans for us, and think we know better.

One of the most challenging things we learn as Christians are that God loves us, and no matter what happens, even through the difficult times, God knows us better than we know ourselves, and His love for us and the world is greater than we can imagine. For Example, in the History of Israel, when the nation was exiled and enslaved under the Babylonian kingdom, God sent the message through the prophet Jeremiah:

Imagine while you’re in a foreign country, just being taken as an enslaved person, told that there will be seventy years of slavery before you. But that all the intention is to prosper you and not to harm you – how could this make sense?

Another prophet in the Bible was having a similar problem.  God had instructed Jonah to go to the city of Nineveh to preach against them because of their wickedness. Still, Jonah ran in the opposite direction instead of following God’s instructions.  As the story unfolds, we learn that Jonah ran not because he was afraid of the wickedness he would encounter but because he didn’t believe the people of Nineveh deserved God’s forgiveness!

We often disagree with God, thinking we know what’s best for ourselves, and this pride that resists God from being God in our lives is something all Christians need to struggle with.  When you feel like God isn’t fair to you or that God’s plans don’t make sense, I’m here to tell you that you’re not alone feeling this way.  After all, God is God, He is on a different level playing field than us, to begin with, so it’s not a surprise that we don’t fully understand God or His plans for us, let alone the rest of humanity.

I hope you will remember, though, that no matter what difficulties you have right now, God is on the side of those who love Him (Romans 8:31). Just because you may not see a way out of your situation now, God is infinitely more potent than any problems we can ever throw at Him.  Indeed, sometimes things won’t go our way. The Bible riddles with stories of catastrophes resulting from being Christians and warnings and encouragement to persevere despite hardships.  Does this mean God doesn’t love us?  Do our plans not becoming a reality mean God hates us and ruins us?

Nope, It is far from it. When you’re feeling like God doesn’t care about you because things aren’t going your way, when you feel like giving up because you don’t see a way out of your situation, remember that God loves you. He loves you so much that He gave the world His one and only Son (John 3:16).  God’s plans are for your benefit, even if you don’t understand them yet. So I hope you will try to believe in God and have faith in Him just a little bit, start with the little things, the little difficulties, and go from there.