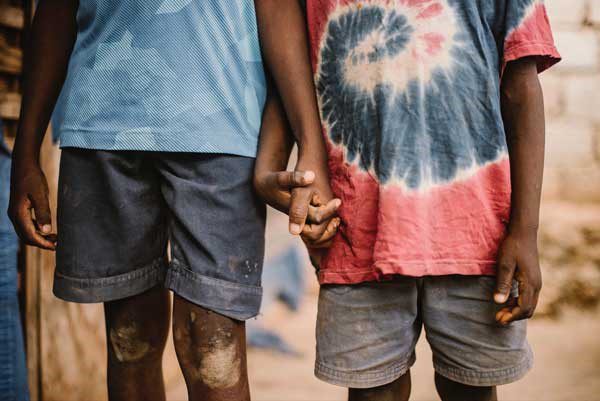 According to the New York Times opinion piece titled The Mendacity of Joe Biden by Charles M. Blow from September 26, 2021, “The latest offense was the administration’s disastrous mishandling of the Haitian migrant crisis at the southern border. Yes, there were the outrageous images of agents on horseback herding the migrants like cattle, and there was also the administration aggressively deporting the migrants back to Haiti… When it was reported that then-President Trump called Haiti a shithole country, Biden responded on Twitter, saying: ‘It’s not how a president should speak. It’s not how a president should behave. Most of all, it’s not what a president should believe. We’re better than this.’ ” In reality, deporting these Haitians is worse, not better. (nyti.ms/3ic2MRA)

Among these unfortunate Haitian refugees, one family was able to enter the US borders — the family of Josue Alexis, a famous Haitian athlete. According to the NY Times article from September 30th, back in 2016 Josue, immigrated to Chile from Haiti to reunite with his sister. He married and had children, and in 2020, Josue and his family took a bus to a refugee camp in Panama, and became acquainted with another Haitian named Julien Cheridor, in the midst of their conversations they learned of a Haitian pastor based in Pennsylvania named Rooldy Alexandre, and they began to listen to his sermons.

In May 2021, Josue and his family approached the U.S.-Mexican border. When they were detained at the Phoenix detention center in Arizona, they were told that if they cannot find an individual in the US to receive and settle them, they will be sent back to Haiti! Josue could not reach his uncle in Boston, so he reluctantly called Pastor Alexandre— someone he is not acquainted with and in the middle of the night— to be surprised not only by the pastor’s answer to the phone call, but his willingness to buy plane tickets for them to fly to New Jersey to resettle in a place prepared by the church. Not only that, the pastor assisted Josue’s friend Julien to reunite with Josue, and help other Haitian refugees to settle in the US as well.

Although Pastor Rooldy Alexandre is not a savior, but his church’s love and generosity in receiving refugees were admirable. The church helped each family by renting apartments as temporary housing, this gesture of selflessness is rarely seen nowadays. In this world of conceit and self-interest, sacrificial love is hard to come by. The story of Josue reminds us that the pivotal moment is during the conversation they had about Pastor Alexandre. If that had not transpired then Josue would never be in the U.S.! Though the U.S. is not heaven, there are regardless many refugees and immigrants seeking for better lives in the U.S. Our souls yearn for the heavenly dwelling, but when that moment comes, only those who believe in Jesus Christ will be welcomed into heaven, just as Josue knew Pastor Alexandre; the heavenly gates are wide open now. Jesus is willing to receive and save anyone who accepts Him as their savior.